In recent years, we have been seeing a major change in the advertisement industry. Advertisements used to be limited to newspapers, magazines, hoarding boards, and so on. Now, we mostly see advertisements through our social media like Facebook, Instagram, Tiktok, Pinterest, etc. It can result from Covid and the ongoing lockdown which forced people to make their living digital. The scenario has drastically changed in the offline channel as well. We can see brands using various digital tools and techniques to advertise their products and services. LED Advertisement in Nepal has now become very popular as it looks smooth and clean with a simple display for any brand advertisement.

Even in Nepal, especially in Kathmandu, we have been seeing a tremendous surge in the adoption of LED Displays. Advertisers and brands are going for LED Displays and removing their ads from newspapers and hoarding boards. Advertising companies, banks, and supermarket chains are the early adopters of LED Display in Nepal. Likewise, we have also witnessed LED Displays in various government authorities and ministries which show the support of the Nepal Government for the adoption of LED Displays. Various clubs, lounges, and sports bars have also been making use of digital displays to a great extent. Live telecasting sports have been made easier through the use of LED Displays. Similarly, the party hall and banquets have been using the board to add beauty to the events. The long-term usability, reliability, and easiness of the display is the major reason LED Display is more preferred. LED Displays are environmentally sustainable, which makes them more adaptable. 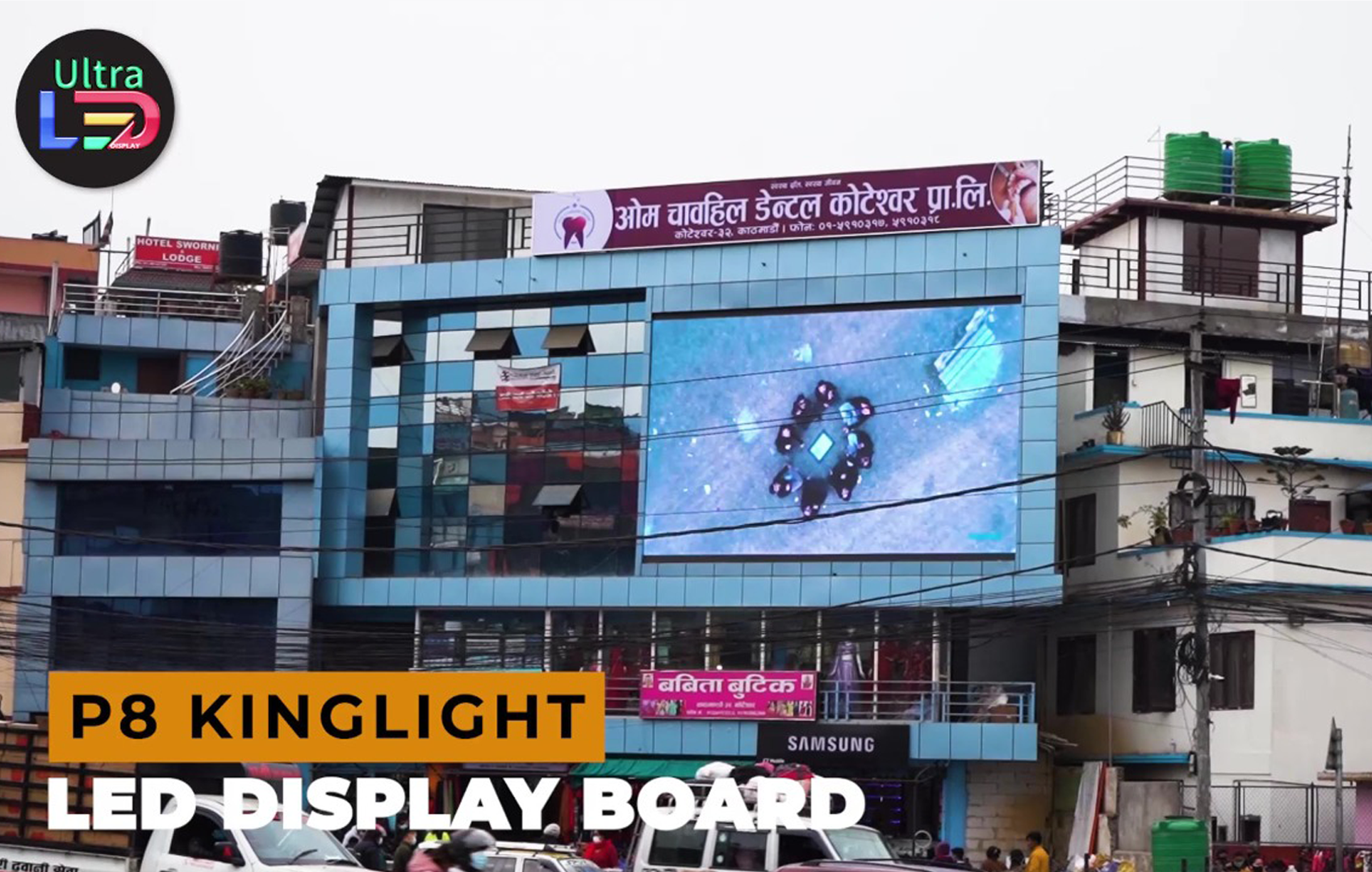 Companies like Ultra LED Display, have been providing top-quality LED Display in the market. With their amazing finished products and after-sales service, the advertisers and brands are getting a huge return on investment on these displays. More than ninety percent of the Video LED Boards in Kathmandu are assembled and installed by Ultra LED Display and they are coming with various interesting projects in the future.

2 thoughts on “LED Advertisement in Nepal”

GET A FREE CONSULTATION